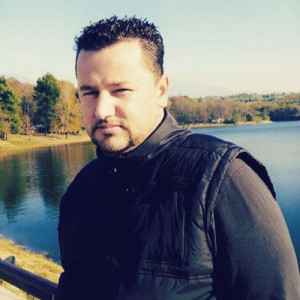 In my free time I like to talk on Facebook with my friends that are far away, and to create an opportunity to convey the Truth to them.

One day while chatting with friends on Facebook I happened to see a photo of Gerti, a childhood friend. I was glad that I found him because I hadn’t talked to him in a long time. In the picture he was at a church, which people here see as a holy place where “miracles” occur. Many people of all faiths go there to be healed.

I immediately wrote to him and asked if we could get together. We met each other for coffee and began to reminisce about our childhood together, but it didn’t take long until the conversation changed direction. I asked, “I saw that you went to the church in Lac. Do you have faith in God?” He said, “I believe in the holy place. Lately many bad things have happened so I went to Lac, but not because I am a Christian.”

The word “Christian” was a frightening word for him because the Greeks who called themselves Christians during the war massacred nine people from his ethnic group because they did not convert to Christianity. After a long conversation I began to speak about my faith and God’s love and how my life has been changed by this love.

As I was sharing with Gerti, God opened his heart and he started asking questions about God, so I started to share the Four Spiritual Laws booklet. At the end he said, “Now I understand what it really means to be a Christian. I would like to accept God in my heart.” Gerti said yes to Christ! He is now the only Christian in all of his extended Muslim family.

Pray for Gerti that he will want to know God more and will be established in His truth.