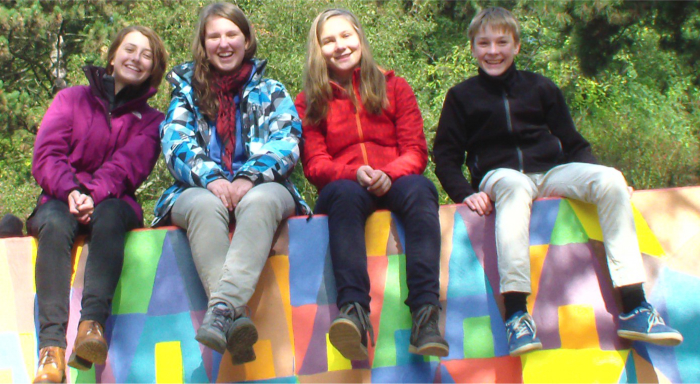 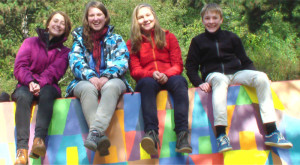 My name is Marcela.

It has been more than a year now since my daughter Miriam (15) and her friend Nickeh (13) decided to read longer portions of the Bible, pray for their classmates, and regularly meet on Skype to share how Jesus is speaking to them through the Bible and what is happening with the people they are praying for.

I knew very well that Miri doesn’t like to read. However Miri downloaded the Bible on MP3 and instead of reading, she listened. After a few weeks though, I found Miri with her Bible open, intently reading. I was told that reading is faster than listening and she could no longer manage to listen. The Lord did this!

More and more often Miri would come, Bible in hand, with questions about how to understand some passage, and that would be followed by a natural conversation about the text and its application. She would also frequently share stories from school when she had opportunities to speak about Jesus with students, for whom she’d been praying.

During one weekend at the beginning of summer, God spoke with her and Miri had a vision regarding Escape club. She didn’t want Escape to be a place to invite people who didn’t know Jesus, but rather a community encouraging prayer and sharing for those who wanted to introduce their classmates to Jesus in places where it was natural for them. Concretely, she hoped that each would begin reading the Bible with classmates right in school. She prayed daily for her vision during the summer and couldn’t wait for the school year to begin. They were only three teens (Miri- 15, Terka- 15, and Adam- 14) who, with the support of Tom V., decided on this goal.

Right away during the first nine-weeks, Jesus acknowledged their faith and courage, and each of them had at least one meeting over the Bible with a classmate and many more conversations and stories in which they saw Jesus in action. And now with the whole year in view, I see very clearly how God in his transforming power operated not only in Miri, but also in Terka and in Adam. They took hold of their faith and used it in a very original way. Praise God!